Tips and Traps – What every inventor must know about patents

Andrew Caska
Caska IP
Tips
1. Keep it Quiet – As a general rule you need to file a patent application before disclosing your invention (such as by offering your invention for sale or showing your invention on a website).
It is recommend that you work out your IP protection strategy upfront and before any disclosure.
2. Look before you Leap – You can’t obtain valid patent rights unless your invention is new i.e. it has not been done before anywhere in the world. It is suggested that at least basic background and patent searching is conducted to determine if your invention is new, and likely to be patentable.
3. Consider the Commercials – No matter which way you slice it, the cost to properly patent an invention will set you back at least a few thousand dollars and in some cases in the tens of thousands if you seek patent protection in a few countries overseas. Accordingly, you should conduct some initial investigations into how much your invention will cost to develop and make, and estimate the kind of commercial return you may expect in the first, say, 5 to 10 years. Will this estimated commercial return exceed the costs to patent protect your invention?
Traps
1. D.I.Y Patents – According to IP Australia about 98% of selfrepresented inventors fail to achieve a granted Standard Patent.
Many inventors who attempt to draft and file their own patents either lose their rights or unnecessarily limit their rights. It is recommended that you seek advice early to avoid jeopardising your patent rights.
2. Not understanding the Value of Patents – Some inventors become caught up in the mantra “we’re not going to enforce our patent rights so why bother…”. However, the re-al value of patents lies in the patent “deterring” others from copying your invention to avoid potentially breaching your patent rights. This “deterrent” ultimately provides commercial leverage such as investor appeal, market share, product price point and company value. In fact, for the vast majority of inventors your patent will work behind the scenes to keep your competitors at bay without you ever needing to consider enforcing your patent rights.
3. Waiting until the Patent Grants – Patents can take years to grant, so don’t get caught in the waiting game. It is suggested that you pursue an aggressive commercial strategy as soon as your patent application is filed and work toward commercial goals such as a licensing deal or the launching of a new business.
For further information contact Andrew on (02) 4910 4052, email acaska@caskaip.com.au or visit www.caskaip.com.au

Andrew Caska
is the founder and principal of Caska IP. Andrew is a registered Australian Patent and Trademark Attorney and a registered New Zealand Patent Attorney. 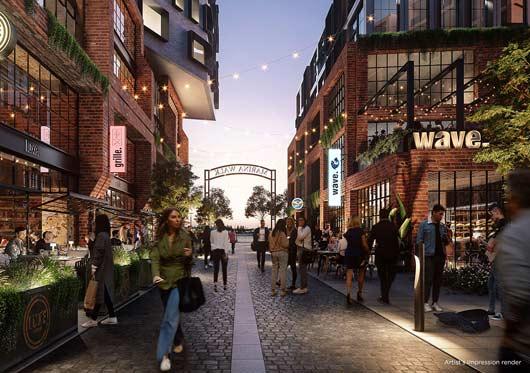