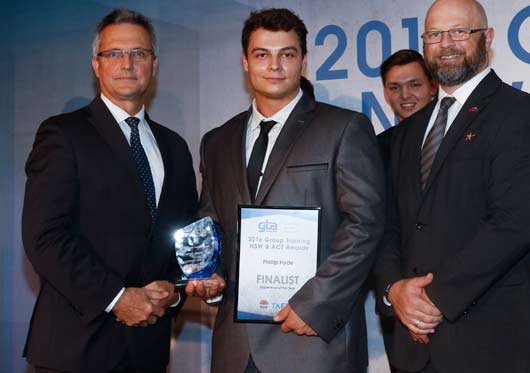 Mount Hutton local, Phillip Hyde was named Apprentice of the Year at the 2016 Group Training Association (GTA) NSW & ACT Awards in Sydney on 29 October.
Pursuing a career in engineering, 23 year old Phillip recently completed a Certificate III in Engineering – Mechanical Trade and an Advanced Diploma in Engineering (Mechanical) whilst completing his apprenticeship with host employer Centennial Coal at its Mandalong Mine.
“This award is a great honour and recognition that all the hard work I’ve put in over the last four years has been worthwhile.
It’s great motivation for the future and will keep me striving for more responsibility in my position as I develop my career in engineering,” said Phillip. HVTC Hunter Field Officer, Karen Eveleigh, said Phillip’s award was extremely well deserved.
“Phillip has accepted every opportunity made available to him and has endeavoured to achieve excellence in everything he has undertaken. He has a bright future ahead of him and it has been very rewarding to be part of his journey as his Field Officer,” said Karen.
The award tops off an extremely successful apprenticeship for Phillip. He won Excellence in Trade Skills at the 2016 Hunter Region Apprenticeship and Traineeship Advisory Committee (HRATA) Awards and was also named Apprentice of the Year at the 2016 HVTC Excellence Awards in April.
In 2015 he was a finalist for Young Achiever of the Year at the PACE Zenith Awards and the Australian Mining Prospect Awards. Phillip was also selected to participate in the prestigious Today’s Skills: Tomorrow’s Leaders Program in Canberra.
HVTC had seven finalists in nine categories at the 2016 GTA NSW & ACT Awards and took out three major awards at the event. Blake Kelly from HVTC Shoalhaven was named Schoolbased Trainee of the Year and HVTC Mid Coast’s Elissa Burgin was crowned Trainee of the Year. 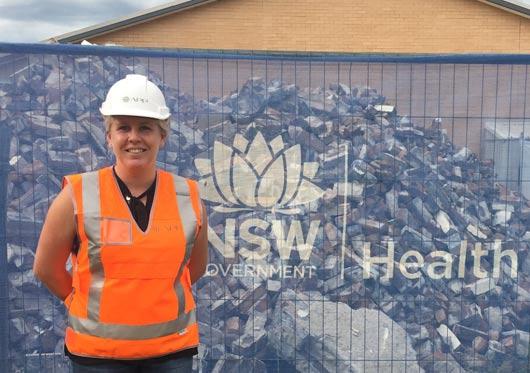 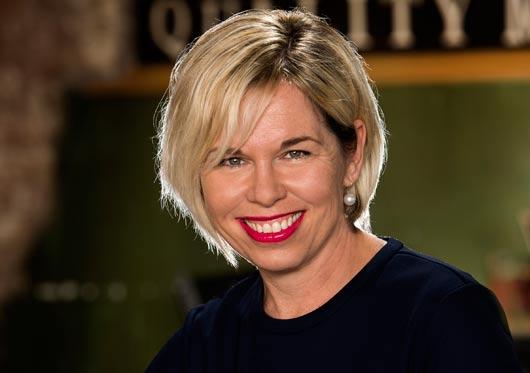