Christina Gerakiteys
Ideation At Work
And the Most Innovative Company in 2017 according to Inventium and the Australian Financial Review is M&C Saatchi.
Well really the winning product came from its design consultancy Tricky Jigsaw, headed up by Ben Cooper who was in Newcastle earlier this year as part of the Top Shots speaker line-up. Up from 6th position last year, M&C Saatchi took out top honours with Fireblanket, designed for their client NRMA. Ironically, NRAM have recently taken their account to The Monkeys.
According to the cofounder of the awards Amantha Imber, “This year’s list was dominated by a few industries, namely: financial services, professional services, and media/advertising companies.
These three industries accounted for 35% of the top 50”.
There are many definitions of innovation but for the purpose of the awards it is “change that adds value”.
Planet Innovation (Pi) have consistently been named in the Top 10 of the Most Innovative Companies since the awards began six years ago. The mantra at Pi is Define, Develop, Execute and they are experts at testing and iterating. Their invention, Sofia 2, is a small, affordable and battery powered device that can be used as far afield as third world countries to detect influenza and other diseases.
Pi also took out the award for Most Innovative Program. At Pi, every new hire goes through a Design Thinking workshop run by Roger Langsdon. Roger is the Marketing Manager, who has been a regular guest speaker in the Hunter at Top Shots and runs a workshop as part of the Rippler Effect Innovation Program, presented collaboratively by The Business Centre and Ideation At Work.
Retail, Wholesale & Distribution firm Custom Innovation Co took third spot, incorporating 3D printing into their tailoring experience. An Australian based company, Custom Innovation Co. (CIC) are focused on the disruption of eCommerce retail. Businesses within the CIC group pay particular attention to developing technology and solutions within the tailoring and eCommerce retail markets globally. The company also took out the award for Best Innovative Culture.
The CBA’s Unleashing Innovation program landed them 11th place. The program is run bank-wide and encourages innovation from the bottom up. Deloitte, up several places from 18th to 6th, have structured their innovation program so employees can “make time to innovate’. A micro funding system has been created so that staff wages are covered for a few weeks during early stages of the development of selected ideas. The company have also created an environment where it is safe to fail.
Sendle is a 100% carbon-neutral parcel delivery service. The company measures and offsets every kilogram of carbon emissions from the parcel it sends. With a similar operating ethos to Thankyou, the offsets fund projects that also have social benefits, from cook stoves in Ghana to water treatment in Kenya.
They also invest in Australian rainforests. Sendle recently signed a deal with DHL eCommerce, an offshoot of the global courier giant DHL who consider themselves to be the world’s leading logistics company.
To enter the awards you must have over 30 employees. Inventium will soon be calling for entries for the 2018 awards. With the ever increasing and increasingly supported innovation eco system developing in the Hunter, perhaps it’s time for one of our companies to appear in the Top Ten. Challenge accepted?
For further information contact Christina on 0425 236 156, email christina@ideation.global or visit www.ideation.global 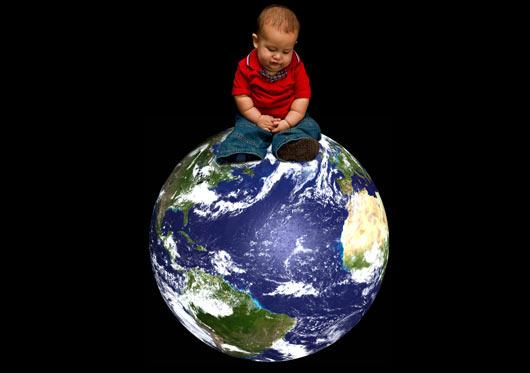