Kym Butler
Butlers Business Lawyers
From November 2016, the Treasury Legislation Amendment (Small Business and Unfair Contract Terms) Act 2015 has extended protections contained in the Australian Consumer Law against unfair contract terms for small businesses. This has a significant impact to business financing, as lenders must ensure that the standard terms and conditions of the loan contract do not contain any provisions which might be considered to be unfair. We have compiled our simple guide for understanding the new business financing protections.
What contracts are covered?
The new unfair contract term protections will apply to all standard form contracts used by lenders entered into or renewed on or after 12 November 2016. The contract must be a single business contract for the protections to apply.
What is a small business contract?
According to section 23(4) of the Australian Consumer Law, a contract is a small business contract if at least one party to the contract is a business that employs fewer than 20 people and where the contract is worth up to $300,000 in a single year or $1,000,000 if the contract runs for more than one year.
What is a standard form contract?
A standard form contract is one which has been prepared by one party to the contract and is not subject to negotiation between the parties. Factors that the court will take into account in determining whether a lending contract is a standard form contract includes:
• One of the parties has all or most of the bargaining power relating to the transaction;
• The contract was prepared by one party before any discussion relating to the transaction occurred; and
• The terms of the contract take into account specific characteristics of the particular transaction
What terms should I be looking at?
It is important for lenders to pay particular attention to terms to ensure they are not open to challenge under the unfair contract terms legislation. Terms may be unfair if they:
• Permit one party, but not the other, to terminate, vary or renew the contract
• Permit one party to vary the price payable under the contract without the right of the other party to terminate
• Permit one party to unilaterally vary goods or services to be supplied under the contract
What are the consequences if a term is found to be unfair?
Under the new legislation, a small business will be able to have an unfair term in a contract declared void by the court, or the relevant regulator – ACCC or ASIC. While no fines or penalties can be imposed on the contravening party, there are a number of other remedies that it may face including injunctions, compensation orders and damages.
For further information call (02) 4929 7002, email contacts@butlers.net.au or visit www.butlers.net.au

Kym Butler
Is the founder of Butlers Business and Law. He has decades of experience both as a legal practitioner and chartered accountant. He is an expert in business structuring, asset protection and taxation. 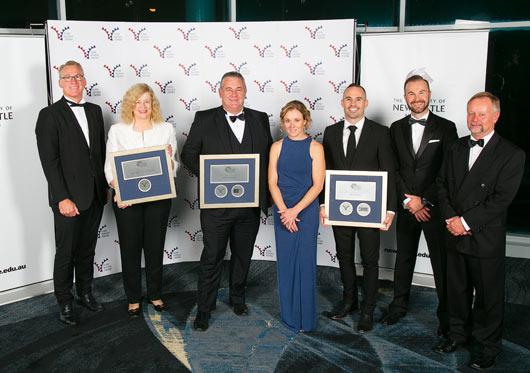