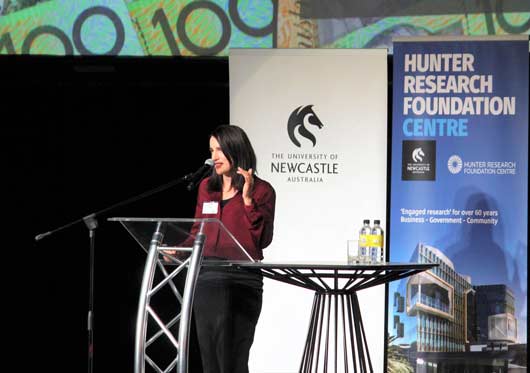 Dr Anthea Bill presenting at HRFC’s economic breakfast in November
The Hunter’s economy finished 2018 on a positive note, with record employment figures.
The results were released by Dr Anthea Bill, lead economist for the Hunter Research Foundation (HRF) Centre, at the final Hunter economic breakfast in November.
The Hunter’s employment is at an historic high of 331,200 with 1,400 employees added in the three months to September (3-month moving average). The Hunter labour force had grown strongly over the year to September – 4.4% compared to 1.3% in the year prior. This exceeded the NSW growth rate of 3.4% for the same period.
Nationally, employment also grew strongly over the past year (2.5%). This figure is at the high end of historical rates of growth.
The participation rate is close to its highest level on record and the unemployment rate has declined to a six-year low in September. The Hunter’s participation has also been trending upward and is currently slightly above the NSW and Australian rate. The region’s unemployment rate is currently at 5.5%, above the state and national rates.
“The latest regional data suggest that the business sector has lost some momentum in the middle of 2018, with business conditions easing back from the highs seen in late 2017,” Dr Bill said. “Despite this weaker trend, business conditions remain well above average.”
Nationally, business confidence has now been at, or below, average for much of the year, Dr Bill cautioned. This suggests that the business outlook for 2019 may be less positive than previously.
Mining is a potential upside factor to national and regional economic forecasts. The sector is now reporting strong conditions and confidence. Commodity prices have remained high. Thermal coal prices remain above $US100 a tonne. There is general agreement that the drag from the unwinding of the mining boom across the broader economy is now fading.
The housing industry, and households, are closely watching the movement in house prices, given the cooling underway in Australia’s major capital cities. This is also potentially of concern to the business sector, given that household wealth is a key driver of consumer spending. House prices in the Hunter fell by -1 per cent over the quarter but rose 1 per cent over the year. This annual growth was well below the five-year average growth rate of 6 per cent per annum.
The HRF Centre will continue to monitor regional and national economic conditions. Its next Hunter economic breakfast will be held on 1 March 2019. 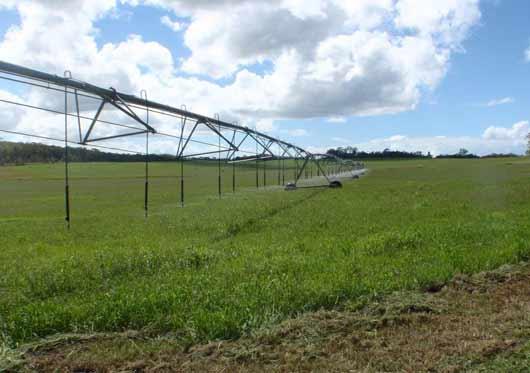 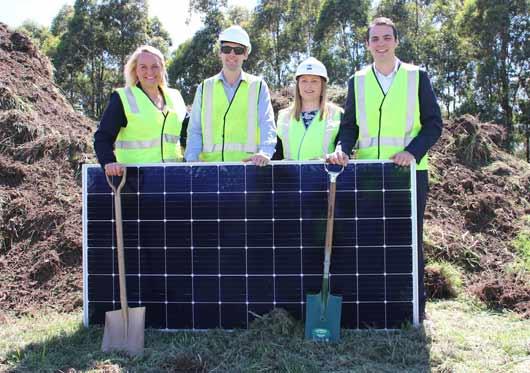