Elizabeth Radley
Moray & Agnew
The adverse effect on workplace culture and the personal impacts of bullying are now well-recognised and, unfortunately, frequently reported. Two recent decisions handed down in June serve as a further reminder to all employers of the importance of having appropriate policies, procedures and supervision arrangements in place to detect and respond to bullying behaviour when it occurs at work.
In Carroll v Karingal Inc [2016] FWC 3709 the Fair Work Commission agreed with a Victorian care service provider’s decision to dismiss its Audit and Risk Manager, Peter Carroll, after a formal investigation found his approach to supervising staff members constituted serious and sustained bullying.
Mr Carroll was described as being very personable and saying “all the right things” when he commenced work with Karingal in late 2013. Yet, after only a matter of weeks in the role, he imposed an obsessive micromanagement regime which began to impact significantly on the wellbeing of his staff. This included:
• implementing new audit processes which led to doublehandling of information, multiplied reporting workloads and significantly reduced productivity;
• refusing employees access to Karingal’s IT helpdesk when systems malfunctioned;
• sitting with employees to watch them work on documents;
• being overly critical of employees from a non-English speaking background; and
• exhibiting aggressive and intimidating behaviour that made his direct reports feel belittled.
Although Mr Carroll believed he was doing the best by his employer and his staff, the evidence showed his wellintentioned actions caused team members great distress and anxiety. The Commission was satisfied the cumulative effect of his behaviour amounted to workplace bullying which justified his dismissal. Crucially, his knowledge of Karingal’s Code of Conduct, Work Health and Safety Policy and Bullying and Harassment Policy enabled the company to successfully defend the termination.
And a second recent decision shows the high price an employer can pay for failing to adequately address such conduct. In Eaton v TriCare (Country) Pty Ltd [2016] QCA 139 the Queensland Court of Appeal found the employer was vicariously liable for its manager’s bullying behaviour towards a nursing home administrative assistant, Robyn Eaton. In addition, TriCare had breached its duty of care by failing to recognise she was vulnerable to sustaining a psychiatric illness.
The manager in this case engaged in bullying by her belligerent, offensive and intimidating behaviour towards Ms Eaton, which constantly belittled her. The Court recognised that the burden of dealing with a heavy workload - Ms Eaton often worked 100 hours per fortnight instead of the 76 hours nominated in her contract - made it more difficult for her to deal with the manager’s harassing and belittling conduct.
Although the excessive work hours on their own did not amount to a breach of the employer’s duty, the Court accepted this made Ms Eaton vulnerable to the effects of the manager’s conduct. In the circumstances, TriCare’s failure to exercise reasonable care to “minimise her stressful experiences in the workplace” was a breach of its legal responsibilities and Ms Eaton was awarded $435,583 in damages.
As these two decisions show, employers need to be vigilant and take decisive action when workplace bullying occurs. Providing clear and concise workplace policies, appropriate training and consistent, competent supervision are fundamental to an employer’s ability to respond appropriately and defend its actions if challenged.
For further information contact Moray & Agnew on (02) 4911 5400. Email eradley@moray.com.au or visit www.moray.com.au

Is a Partner at Moray & Agnew Lawyers, leads the Workplace team in the firm’s Newcastle office and assists employer clients in all areas of employment law, anti-discrimination law, industrial relations and work health and safety. 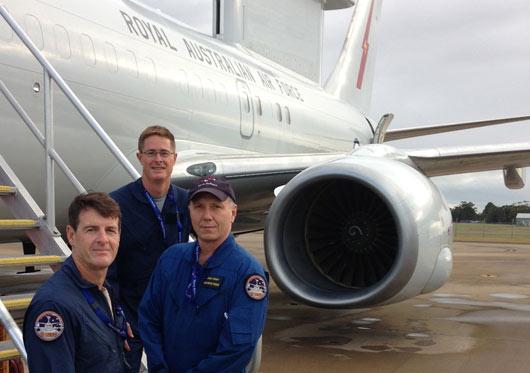